When I was young I had very vivid dreams. I still do. Some of my dreams are of an anxious nature, bordering on the nightmarish. As I grew up, I adapted to this reality and eventually I would welcome dreaming, even though, I knew that in dreaming, I could risk entering into a nightmare. Other dreams were glorious, such as levitating and or flying, but many were dark, anxious and tormented. Some were recurring, mainly the nightmarish ones. When I was a child, I had three recurrent nightmares.

To be a surrealist means barring from your mind all remembrance of what you have seen, and being always on the lookout for what has never been. ” - Rene Magritte

One of my recurring dreams, which ceased when I grew older, would all of a sudden place me as the viewer, looking at a flat white polished surface resembling the white keys of a piano, a faint horizontal line almost half way between my scope of view simulated an edge or horizon line. There were two or three objects resting on what appeared to be the ground surface. The objects were of different primary colors of geometrical and three-dimensional quality, usually a sphere, a triangle and a square. As if in slow motion, the objects began moving, sometimes one eclipsing the other. This dance continued for a while, then slowly the sphere would start coming towards me, obscuring my view of the others, eventually my entire field of vision, turning everything black. Feeling as if it was entering my brain via an area between my eyes. I considered this dream anxious, because it ended in darkness, something I do not to date welcome. Imagine my discomfort when suddenly I found myself viewing the beginning of this dream, knowing full well of its unchanging and inevitable outcome. For those “The Prisoner” fans, the fabulous series starting airing in September 1967, well beyond when I stopped having this dream.

My painting is visible images which conceal nothing… they evoke mystery and indeed when one sees one of my pictures, one asks oneself this simple question ‘What does that mean’? It does not mean anything, because mystery means nothing either, it is unknowable.” - Rene Magritte 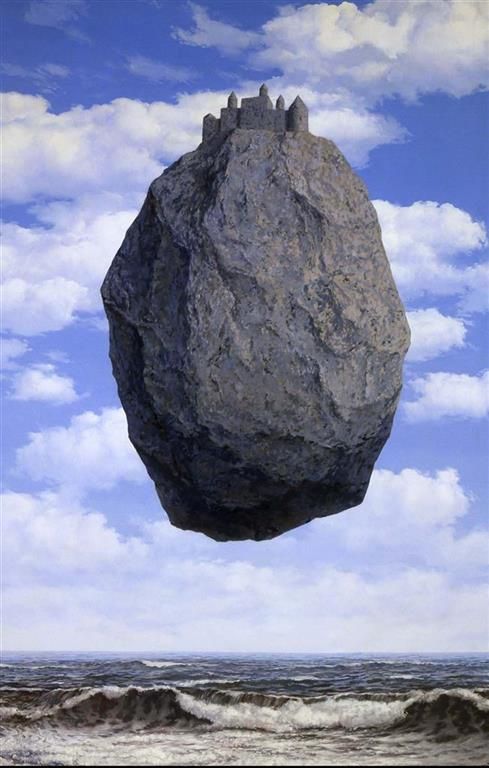 Another recurring dream, which I still have, and since, I have had it all my life, is action packed. Thugs, soldiers, children, animals, etc. are the forces that hunt me down. The scenery is always different, from the exotic to the mundane, but the script is unchanged. I find myself in places unknown to me, usually walking and admiring my surroundings, trying to blend-in with the locals. After walking for a while and getting a sense of my surroundings, like when one spends a couple of days in a hotel, in a city not previously visited, and start feeling that I am being followed. I use my extensive expertise in trying to loose my followers by going into shops and exiting thru a back doors, thru alleys, traverse large buildings, climb staircases, use elevators, opening and closing of doors. Eventually, the areas available for me to run to begin to get smaller; impeding my escape, by now it is a full-fledged hunt, I am running, sweating and fearful. Ever increasing smaller spaces, and contrary to popular lore saying not to go up when being chased, inevitably I find myself in that direction, knowing full well, that what goes up must come down. This fact, along with fewer areas to run to, plus a feeling of getting cornered and a faint déjà vu, add a sense of dread to this otherwise exiting chase. Finally, I find a small floor or wall door or window just big enough for my small-framed body to attempt to cross, not knowing that an abyss is what awaits me on the other side. Checkmate, with half of my body considering the jump, the dream ends, never feeling the grasp of my captors.

Everything we see hides another thing, we always want to see what is hidden by what we see.” - Rene Magritte 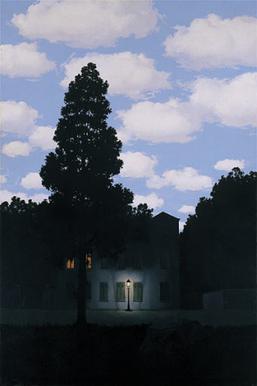 Another one of these recurrent dreams that I do not enjoy any longer, was the one that terrorized most when very young. Between my earliest recollections and my 10th birthday, I lived with both my parents, my older sister and my younger brother. We lived in a large house that housed two separate homes; ours was on the second floor, while the landlady occupied the first floor. Access to our home was via a fairly wide door and a long and ample, but dimly lit staircase that made a ninety-degree right turn midway to the top. The usual rooms were well laid out. From the kitchen, there was an additional narrow and almost circular staircase to the roof of the house. The roof was flat, since it never rains, and had a storage and a laundry room. The perimeter of the roof had a low wall. When we were very small, unsupervised play on the roof was prohibited, since the edge wall was low, and it could even be easily climbed.

In my dream, I was walking up the main entrance staircase, the front door remaining opened behind my back, daylight from outside pouring in and glistening on the polished wooden staircase. I could see the landing where it changed direction; this was the darkest spot on the staircase. The staircase was the only way in or out of the house, so I was very much accustomed to it. The singular thing was that I knew I was in a dream, going up the stairs. I had again a sense of déjà vu and a premonition of what was in store for me. It was as if I was trapped inside an unresponsive body, which had a mind of its own. As I turned on the landing and proceeded up, a feeling of dread was engulfing me.

Atop the stairs, was the entrance to the living room; it was a rectangular room, which stretched to the right with two small rounded top windows at the right end and a large rectangular window between them. The room was appointed with what for me was, furniture from an early era, very typical for our economic status. To the left there was a swinging door that led to the kitchen, followed by a corridor that opened into our living quarters.

Pushing the swinging door I enter the kitchen. My rebellious body transporting me to that place I did not want to visit. Traversing the kitchen, I hoped that maybe someone would intercept my unresponsive body and put an end to this voyage. Indeed, my mother, sister and brother where there, but as if invisible, I passed unnoticed. Reaching the end of the kitchen and proceeding to climb the smaller stairs to the roof. During my ascent, it became pathetically evident that this was one of my recurrent dreams which end badly. When reaching the roof, my body turned right toward the closest edge wall, this wall faced the front of the house, exactly above the front door. Witnessing in horror how my right leg was lifted to climb this wall, knowing that what was to follow was the tug of the rest of my body joisting itself atop the wall.

Positioning myself on the edge, standing frozen in panic looking down for what seems an eternity, imploring to my body to desist from this agonizing torture, while remembering my fear of heights. Some time passes, and all of a sudden the final movement, my right foot extending as if testing if one could walk in the air, then the dreaded sensation of falling into a dark void, only to revive and if this was not macabre enough, to find myself again looking at the glistening wooden staircase, once again to undergo the same terrifying experience again.

The mind loves the unknown. It loves images whose meaning is unknown, since the meaning of the mind itself is unknown.” - Rene Magritte

René Magritte was born in Lessines, Belgium, in 1898, the eldest son of Leopold Magritte, a tailor and textile merchant, and Regina Bertinchamps. Little is known about Magritte’s early life. He began lessons in drawing in 1910. On 12 March 1912, his mother committed suicide by drowning herself in the River Sambre. She was discovered a mile or so down the nearby river, dead. According to a legend, 13-year-old Magritte was present when her body was retrieved from the water, but recent research has discredited this story, which may have originated with the family nurse. Supposedly, when his mother was found, her dress was covering her face, an image that has been suggested as the source of several oil paintings Magritte painted in 1927-1928 of people with cloth obscuring their faces, including Les Amants.

Only thought can resemble. It resembles by being what it sees, hears, or knows; it becomes what the world offers it. ” - Rene Magritte