Just the other day, a couple friends of ours dropped by our house, and we decided to try a new restaurant. The trendy restaurant is situated in a fashionable area of the city. Our arrival was prompt, also, with what my spouse calls my most envious luck, I again found an ample and legal parking space, not a block away from its door.

The restaurant was small but charming. We were taken to our table and started reviewing the offerings from the kitchen. We started considering several options of combinations of dishes to maximize our eating experience. This took some time since one member of our party is very much opposed to sharing.

A very nice young waitress with a charming foreign accent approached us asking if we would like to order something to drink. My wife recommeded not to try the house wine, since she mentioned that some friend of hers had tried it and had not liked it.

The owner approached our table to open the wine, he mentioned its birthplace, and mentioned that the wine we were about to taste comes from vineyards that used to be apple orchards. It tasted like wine with apple cider to me after that. The power of suggestion…

The appetizers arrived, and they were delicious. The evening was going well, the conversation flowed like the wine, and we ordered a second bottle. Our main courses arrived, they looked great, and they were better than expected.

All of a sudden, my spouse pointed out that the wine we were about to finish had not been the one we had ordered. A strategy was devised to bring this error to the management’s attention. I asked, “What do we want to get out of this?” aloud. Not a satisfactory response did I receive. 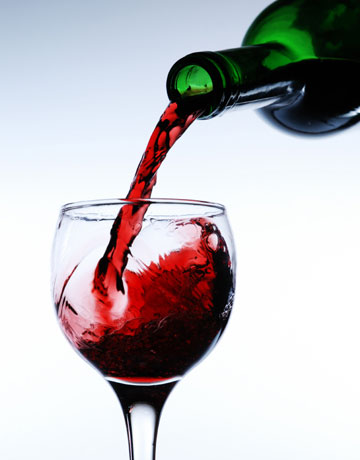 The unsuspecting owner came around to ask the customary “How is everything?” and my spouse used this opportune moment to candidly point out the wine faux pas to the restaurateur. He apologized by saying that he had asked one of his helpers to hand him the bottle, and since both labels were so similar, he had not noticed the mix-up. He graciously mentioned that he would “…make it up…” with some grape liquor from his country of birth.

At his return with the liquor, he placed two small glasses in front of the men in our party, and proceeded to pour a small amount into them. He immediately noticed our discontent, and proceeded to furnish two additional small glasses, into which he poured even smaller amounts of the elixir. He stated that this liquor was very special, and that it was very possible that neither of us had come within reach of such a delicacy.

It did not become apparent to me until I was recounting this story, that one never knows if anyone is listening to what you say, and that when we dismissed the owner’s wine we might had unleashed the wrath of a nice foreign gentleman.