A story of discovery

A story told me by Rudy Morales. Illustrated and animated in Flash by Manuel Valencia. 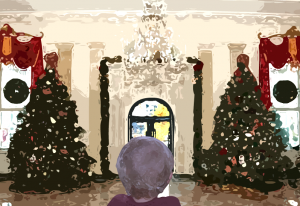 As the holiday season arrived this year, I was sure that after being a good boy, I would get all the presents that I had on my list, was thinking Jimmy while looking out his home window watching some kids playing in the park across the road.

His beautiful home was by now decorated for the festivities, as he had come to expect and relish in year’s passed. The decorations were in place, the large evergreen in the center of the great hall trimmed and ready for the arrival of Father Christmas.

Jimmy would play often in the park across the road from his house, meeting other kids and playing with them. Sometimes he would play with the boy of the chestnut vendor, a large and jolly woman. Pete was about his age and had only one toy, a rough block of wood with what seemed four wheels making it some sort of vehicle. Jimmy always brought one his many shinny toys with him. 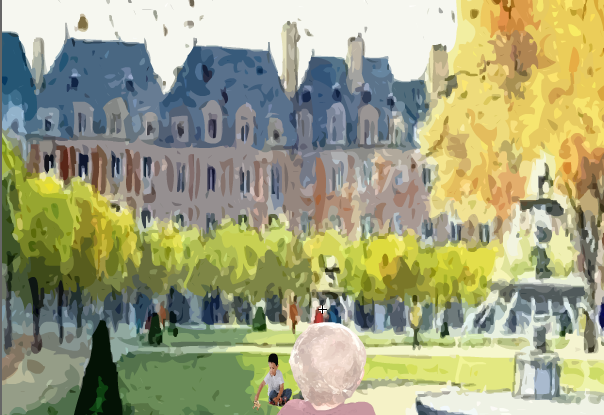 Pete would play with his only toy, and in Jimmy’s the eyes, Pete’s toy would do things that none of his toys would. Pete’s toy was strong, would go fast, and over any type of obstacles, it would even fly and go over and under water. Jimmy wanted to play with Pete’s toy.

He decided to ask Pete if he would like to trade his rough toy for Jimmy’s shinny toy, so he asked him. Pete was surprised, the exchange did not seem fair, and he looked perplexed. Jimmy assured him that his parents would not disagree with the transaction, and that if it were agreeable with him, they would trade. Pete, thought a little about it, and decided to make the trade, after all he was getting a shinny toy, something he had never had. Pete stretched out his arm and offered his toy to Jimmy, exchanging toys. 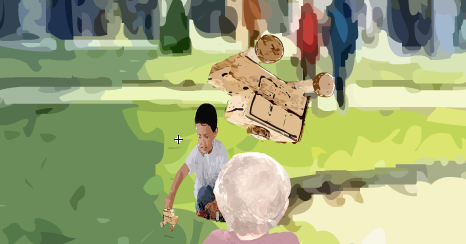 Pete was so excited; he excused himself and went to tell his mother. After hearing the fantastic story, Pete’s mother thought that she should confirm the agreement with Jimmy, and so she did.

Jimmy, excited to no end, proceeded to put the toy to test, trying to replicate how it was able to perform under Pete’s commands. After a while, he was able to replicate the maneuvers that he his own toys delivered, but sadly not the ones that this toy performed for Pete.

Jimmy had thought that the toy was enchanted with magical powers, and that by obtaining it, he would enjoy its magic, but soon he realized that this was not so. That the magic he thought came not from the toy itself, but from Pete.

Jimmy realized that appearances can be deceiving, and that happiness is within us and not around us.