Animation of The End.

I dream vividly and often, this was an anxious dream, some would call it a nightmare, not I, my nightmares tend to end badly. This is an attempt to remember that dream and turn it into a story.

During a solemn ceremony at a lavishly decorated gothic building, where the members of a group of individuals, were gathered, I was witnessing a very special moment.

It was an evening affair; all members were dressed in what seemed as off-white military uniforms, with varying symbols on them, again all in the same off-white color. They were assembled in four tightly arranged rows that stretched through the long hall and through the large doors into the next hall. I could not see the end. 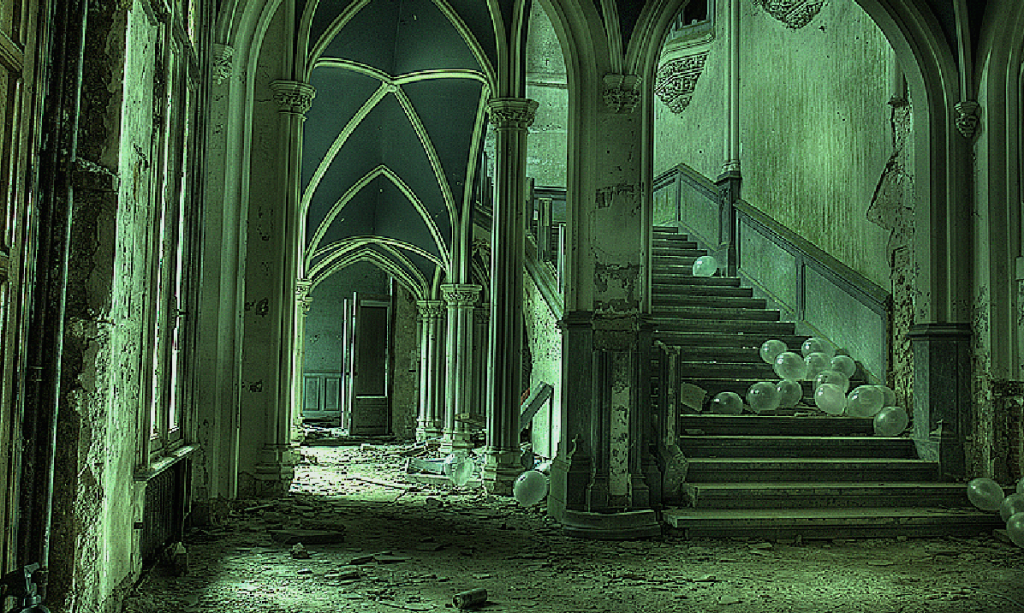 Venetian palace from the 1600 hundreds

The grand building resembled a Venetian palace from the 1600 hundreds. The hall was a long rectangle, with large and intricate wooden doors inlaid with chiseled edged glass panels, and similar smaller doors on both long sides leading presumably on the left side to other halls, and on the right to balconies towards something I could not further recognize. The ceiling was a high vaulted like chamber, painted with scenes of clouds and birds, giving the impression of looking up a lovely sky on a beautiful spring day. The hall was illuminated by very ornate dark colored metal standing lamps, with four lights each that were as tall as I. The lamps were placed at enough distance to only dimly allow to view the ceiling and to reflect briefly the rest of the hall.

The rows started to move through one of the doors lead by a small balding man, he was without a doubt much smaller than the others, at least as far as I could see, that help me notice that the members were very tall and maybe all of the same height. As I watched the entrance of the rows standing in the next hall, I noticed that I was watching the unfolding of some event I did not know anything about, and that made me feel as an outsider.

As some rows entered the next hall, that was larger than the previous one, I turned around to get a better sense of its grandeur. The hall had more of an English flavour, it was devoid of furniture, the ceiling was high with crossed wooden beams with wooden inlaid decorations that due to the low light, I could not make out. The walls were covered with dark wood paneling, with hanging tapestries depicting various regal activities such as the hunt, maidens weaving, and battle scenes. The hall was also a rectangle with two heavy double wooden doors at each short end, that were decorated with inlaid metals. A massive fireplace with smoldering cinders located in the middle of one of the long sides of the hall not only provided the only light into it, but the rich and acrid smell of burning wood. Across from it was one door as the others in the hall, and a large staircase towards a floor above.

As only about twelve rows had entered, lead by the small balding man, a noise could be heard coming from the other side of the room, as one of the massive doors opened letting in an immense amount of light. Then, the long shadow of a person was projected onto the floor reaching almost to the middle of the hall. After a brief instance, the person rushed towards the small balding man with such a speed, it seemed unreal. After a short exchange of words, that I was not privileged to hear, the small balding man, turned around and addressed in haste the members.

“They have pierced the barrier, we have been discovered, we need to take defensive positions, let providence accompany you”! This was the first time I had heard anything, and had not noticed that I had not heard anything before this very moment. I was surprised to hear such words of an impending threat, and did not know what was happening. “You may chose your positions according to your ability and will” At that moment, the members started grouping in small numbers and seemed to discuss something, then as they move about, some forward, some through doors, others towards the higher levels, I found myself attached to one group that revealed to me what was happening.

They where preparing for battle, one for their lives, and by the tone of their voices, were outnumbered, and most likely to be defeated. Men and women composed the group, there were no children. We were already on some upper floor and the surroundings were altogether unfamiliar, as well as incongruent with the lower level halls. The area reminded me of a large institutional building, with a long, wide and well illuminated hall, that had doors that opened to other rooms, like a school or even a hospital. It had that austere look of such buildings. 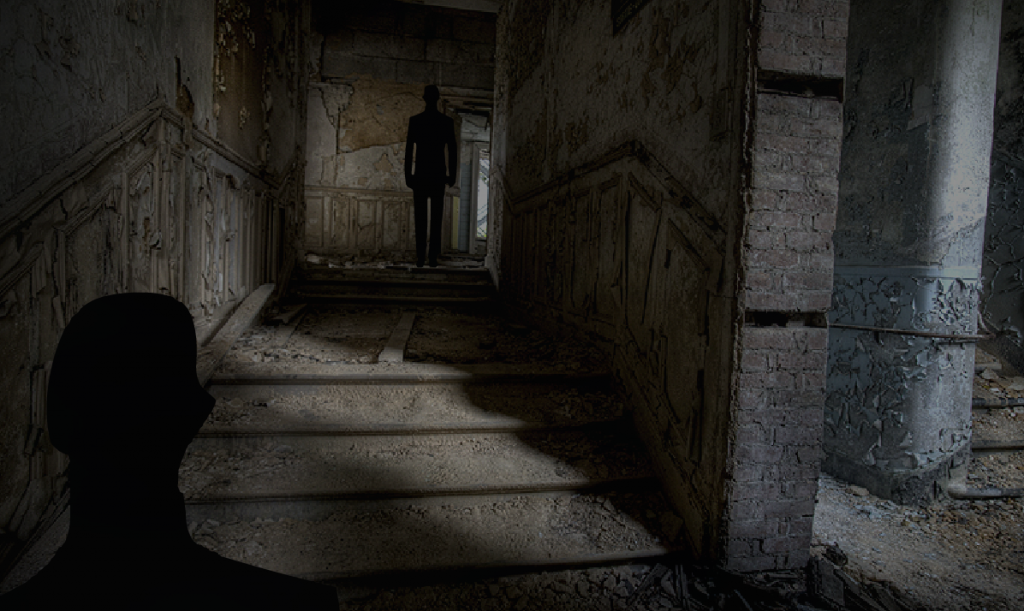 They where preparing for battle...

There were several groups moving at a hurriedly pace into the adjacent rooms. We entered what appeared to be a stairwell, and stopped, it wasn’t until this moment that I made myself present, I chose a tall dark haired woman, with a classical Greek face that reminded me of my third grade English teacher. I cautiously approach her in the confusion, and enquired into more details of our situation. At this time, I confirmed that I was an outsider, and not a member of this clan, it became apparent because I did not have the knowledge of the impending danger, or any recollection of any previous events that led to the present situation. I had a feeling that this might be a dream, or that I had been transported from wherever to this place and chaotic moment. 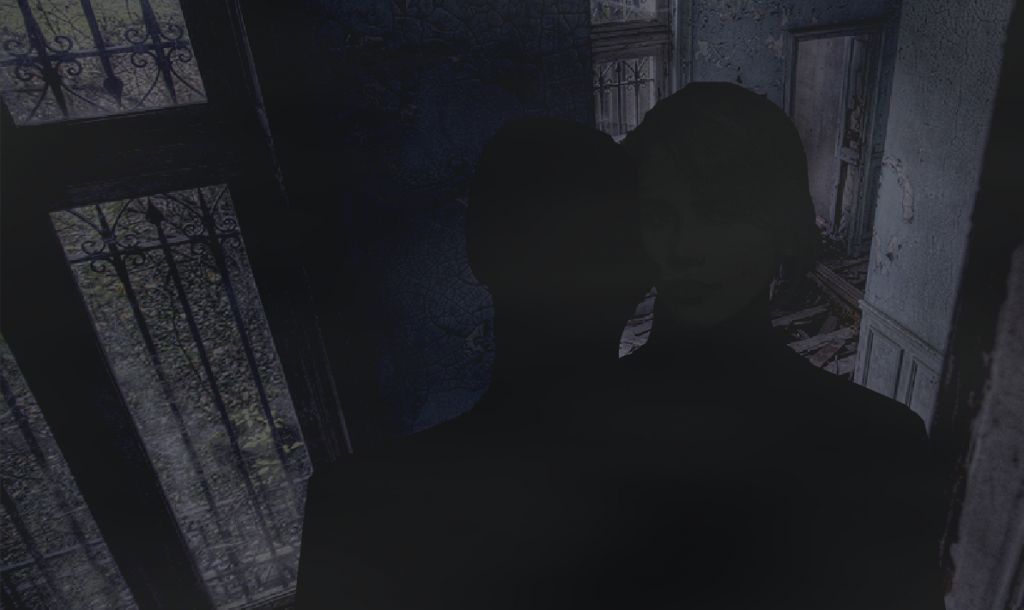 I waited until she was not engaged with anyone, then approached her, she was sitting on a raised surface on the landing between floors, I asked, “Could you please tell me what is happening?” she said, “We are some of the last remaining members, our kind is a threat to the others, they want to get rid of us” I had either been stunned by her revelation or had become bewitched by her beauty that did not even ask any further questions. Maybe I was resigning myself to fall prey in this unintendible war, or was more interested in being close to her in the moment of my doom. I asked her if I could stay close to her, and if she would mind if in the final moment we could be together. She gave me a smile that had a mixture of maternal and innocence that I understood as affirmative.

Our group moved from the landing to the upper level, this level was different than the others, as we entered I noticed that it was a large oval area resembling a covered bull ring without stands, with at least twelve entrances wide enough to accommodate four people abreast. From most entrances on our side of the ring appeared other members, and proceeded to deploy some contraptions that resembled the setup of fireworks on wire metal stands, the ends had triangular red, orange and yellow flags. 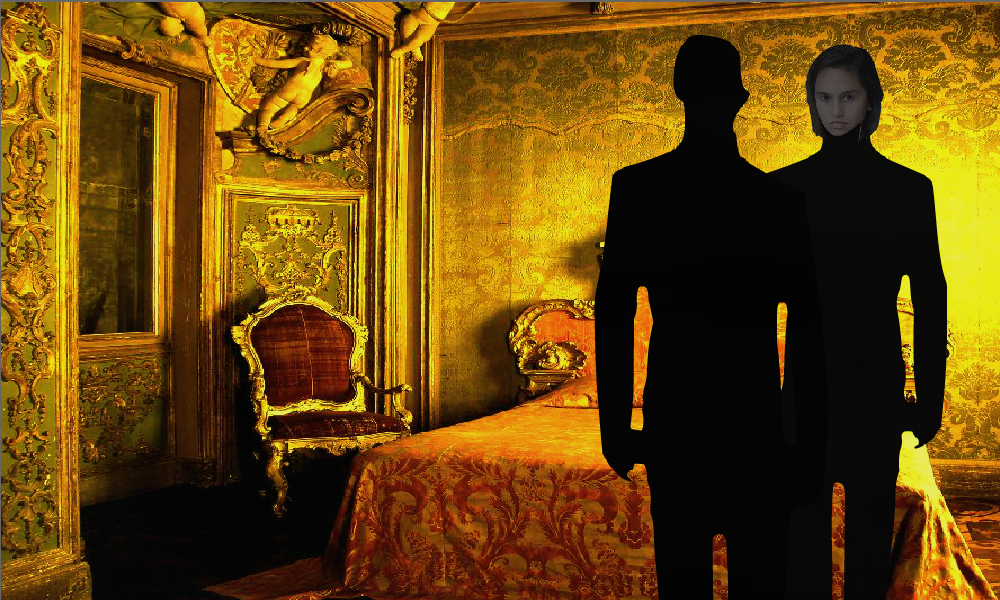 ...searching for some company and comfort...

At that moment it came to me in a cold sweat, that my time had come, that I was going to die and that I was searching for some company and comfort from a feminine figure that had given me love in my early days. Now that my life had reached the end.